Moving from Vision to Reality 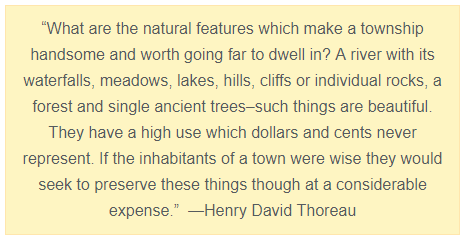 The Driftless Region is unparalleled in all the world in terms of its unique geologic history of being surrounded and bypassed by the continental glaciers of the Ice Age, its cultural history with ancient effigy mound builders and cave painters and its “discovery” by Father Jacques Marquette and Louis Joliet in 1673, its accessible scenic beauty along the nation’s “prettiest drive” on the Great River Road, abundant avian, mammalian and aquatic wildlife and the highest biodiversity of the Midwest, and its abundant outdoor recreational opportunities.

The fact that the Midwest’s only national park is the rather inaccessible and remote Isle Royale, which is surrounded by Lake Superior and prohibits use of any wheeled vehicles, including bicycles, makes the Driftless Area a prime location for a national park and infinitely more user friendly.

The economic benefits of establishing the Driftless Rivers National Park have been estimated to be in the range of $192 million in direct spending in the region annually.

Additionally, $124 million in value added as those dollars are re-circulated in the economy, for a total annual value of $316 million. The result of this spending is sufficient to support up to 5,000 jobs. This economic engine will be powerful enough to pay for the cost of acquiring the parkland in a mere three years.

In order for the park to come into existence, the U.S. Congress must authorize the National Park Service to conduct a Special Resource Study to determine whether the region meets the criteria of national significance, suitability and feasibility.

Even in the absence of a Congressional directive for conducting a Special Resource Study, any member of Congress can introduce a draft bill that allows the Park Service to take an initial look at the proposed new park area. If that preliminary work seems promising, the Park Service can go back to Congress and ask that a fully-funded Special Resource Study of the area be made.

After completion of the study, a report is published and delivered to the members of Congress and made available to the public. After hearings in Congress, a bill must be passed and signed by the President in order to create a park.

You have the power to advance this proposal. See the What You Can Do page for more information. 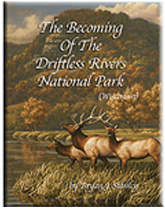